It was already two years since we had previous LEO (Nature Experience Guides) gathering at Santa-Sport at Rovaniemi, which have been selected as one of the Olympic training centers in Finland. 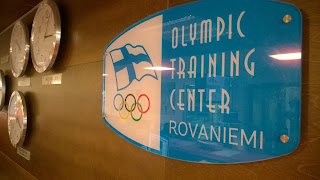 The weekend 19.-21.8 was booked for this year gathering event. We started on Friday by updating Finnish Climbing Association's Rope Work Supervisor - license by climbing and practicing at Hiidenkirnut - cliffs just south of Rovaniemi. 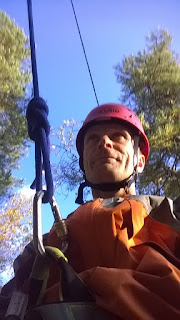 The license needs to be updated every 5 years, so the next update will happen in 2021...

On Saturday we headed to Vikaköngäs rapids and started rafting. Couple of runs before the competition round, where altogether 5 teams were competing. The first start was the sprint and our team got the second best time. After the sprint there were head-to-head rounds and we managed to go onto finals, but again one team was faster than us. 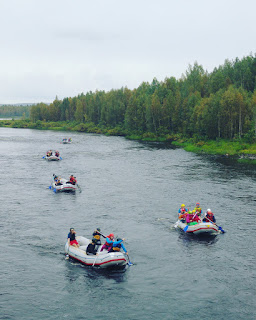 At the end the competition was ended by marathon race, where our result was second again. Therefore our final ranking was second. 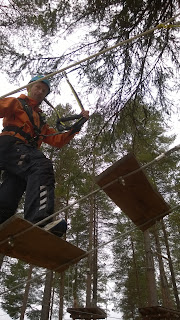 On Sunday morning we familiarized ourselves with Adventure park Huima, which is located next to Santa-Sport.
Lähettänyt Antti klo 2:18 PM