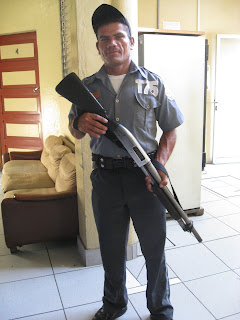 Long bus drive from El Salvador to Granada, Nicaragua is finally over with KingQuality. Oh boy that was tough. There are security guards with M16 guns everywhere in El Salvador. They are standing in bus stations, petrol stations, in the streets, in hotels, in restaurants, etc... I haven´t get used to it yet. El Salvador is the most violent country in Central America, roughly 10 murders every day. I don´t wonder it at all, when there are guns everywhere and on TVs all movies are extremely violent. I haven´t seen a single movie in the bus, which wouldn´t have been shooting, fighting and violent. 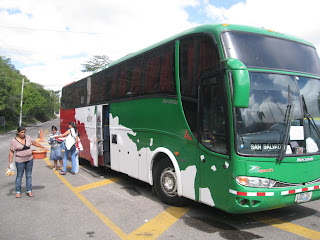 Now I need to rest for a while in Granada, which seems to be a nice colonial city on the shore of Lago de Nicaragua.
Lähettänyt Antti klo 3:22 AM